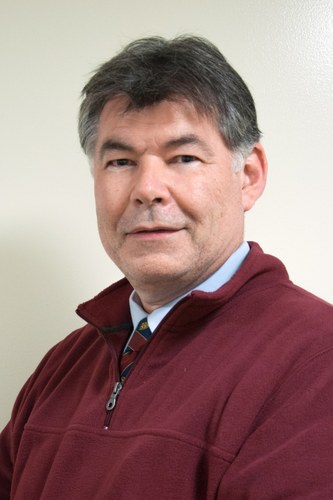 My research interests focus on the connections between people and places. An important part of my work is an interest in conceptual and methodological issues associated with how neighborhoods are defined and their attributes are measured, and the relevance of these definitions and measures to individual behavior and demographic and health outcomes. I have a longstanding interest in spatial demography and the use of spatial concepts, measures and methods to study population health and spatial inequality. Recent publications have focused on physical activity, diet and obesity, residential segregation, neighborhood change, access to health care, health care distrust, cancer screening, infant mortality, mortality, alcohol outlets, crime/victimization and religious landscapes.

I have several ongoing research collaborations. Externally funded projects include an NCI project on Activity Space Contexts and Measuring Environmental Exposure (ASCMEE Project); an NIH/Veterans Affairs project titled Weight and Veterans' Environments Study (WAVES); an NSF project on spatial data privacy; an NICHD study on racial and ethnic diversity. Unfunded projects focus on spatial inequality in urban environments, the use of resources in both residential neighborhoods and activity spaces among low-income mothers, food environment research, the relationship between income inequality and mortality, and geospatial approaches to health outcomes, health services and to cancer epidemiology.

An important part of my work is an interest in conceptual and methodological issues associated with how neighborhoods are defined and their attributes are measured, and the relevance of these definitions and measures to individual behavior and health outcomes. In regards to the latter I have developed and used methods to track individual movements across space (i.e., contexts) to try to get a better handle on actual contextual exposures during the course of daily activities (rather than solely relying on residential tracts and other convenient units of analysis). To that end I have also used new methodological approach based on the integration of GIS and ethnography (geoethnography) and in my work with physical activity researchers utilize global positioning system (GPS) units and activity logs.

While most of my work is US focused I am increasingly involved in international projects, the most recent of which was related to a Pan-University Network for Global Health supported conference on "migration, urbanization and health in southern Africa" at the University of the Witswatersrand, South Africa (see http://migrationurbanisationhealth.tumblr.com/). Also I am collaborating with a team of scientists from across Penn State on project development at the intersection of food/nutrition, water, health, demographic and environmental change focusing on West Africa.

Over the next few years my goals are to focus my research, publish as widely as possible in demography, sociology, and health science journals, and remain grant active, seeking new sources of funding for my own research.

Teaching interests are in Health, Disease & Society/Medical Sociology, Spatial Inequality, Spatial Demography and GIS/Spatial Analysis. I am currently helping to develop materials for a the new Certificate and Masters of Professional Studies (MPS) programs in Applied Demography.

As a consultant (including)

2017 - Recognized by the College of the Liberal Arts at Penn State for having received external funding (training and research grants) for 19 consecutive years.

I currently serve as a co-editor for Demography (2016-2019) and have served on the journal's editorial board since 2010. Demography's Springer home page is: http://link.springer.com/journal/13524

Also I recently served as an associate editor for Demographic Research (2012-2016) (available online at http://www.demographic-research.org) and served on the editorial boards of several other journals:

* = Graduate Student at time of project

Bopp M, Sims D*, Matthews SA, Rovniak LS, Poole E, Colgan J. (Published Online) There is a app for that: Development of a smartphone app to promote active travel to a college campus. Journal of Transport and Health 3(3):305-314.

Shoff C*, Yang T-C, Matthews SA. (2012) What has geography got to do with it? Using GWR to explore place-specific associations with prenatal care utilization. GeoJournal 77 (3):331-341.

Yang T-C, Chen VY-J, Shoff C*, Matthews SA (2012) Using quantile regression to examine the effects of inequality across the mortality distribution in the US counties. Social Science and Medicine 74, 1900-1910.

Yang T-C*, Matthews SA (2010) The role of social and built environments in predicting self-rated stress: A multilevel analysis in Philadelphia. Health and Place 16:803-810.