B.S. in Biology, the State University of New York at Stony Brook, 1987
Ph.D. in Genetics, the University of Texas Health Science Center at Houston, 1993

Dr. Shriver’s lab addresses questions related to recent human evolution -- in particular the evolution that took place during and after the spread of anatomically modern humans across the globe. Since it is clear from both physiological and genetic studies that all human populations have a very recent common origin, features (namely, genes and genetically determined traits and disease risks) that are different between populations are unique in having undergone evolution in the recent past. Some of the phenotypes Dr. Shriver’s lab focuses on include skin pigmentation, voice pitch and other sexually dimorphic traits, hair traits, facial features, preterm birth risk, adaptation to altitude, and type-2 diabetes risk. Most recently, Dr. Shriver’s lab has been collecting 3-D images of faces, analyzing the DNA of the photographed individuals, and printing, with a 3-D printer, images of the individuals’ faces.

Dr. Shriver’s lab uses methods of admixture mapping, which are well suited to the identification of genes that determine interpopulation differences in traits such as those listed above. Starting in the early 2000s, Dr. Shriver and his group made progress laying a foundation for understanding the population dynamics of admixed populations and the importance of population structure in making phenotype/admixture correlations detectible. His was one of the first groups to show with real data that the extensive population structure that results from admixture can be effectively controlled for using statistics.

In addition to the above research activities, Dr. Shriver’s lab occasionally consults for law-enforcement agencies by helping officials to use science to further justice and to improve public safety. In 2003, Dr. Shriver assisted Louisiana police in their investigation of a serial rapist and murderer. He and his team began by using ancestry markers they had developed to analyze DNA found at crime scenes. They then were able to point detectives in the direction of a group of suspects they had not previously considered. After police broadened their investigation based on Dr. Shriver’s suggestions, police apprehended a suspect, Derrick Todd Lee, who was later proven to be the rapist-murderer. More recently, in 2009, detectives in Philadelphia working on another serial rapist case, the “Fairmount Park rapist case,” contacted Dr. Shriver. His lab processed DNA samples and provided some new information regarding the identity of this suspect.

Finally, as a consequence of his involvement in many TV documentaries, Dr. Shriver recently became interested in using video as a teaching and learning tool. This effort was first realized in a series of short videos that called “Reading between the genes: A bilingual educational video series on genetics, evolution and public health.” Most of the videos in this series have been viewed over a thousand times. Later, he transitioned into teaching undergraduate classes where the students produce their own science videos. These classes have resulted in two video series: “Morehouse College Science Methods” and the more-recent “Penn State AnthroVision Channel” on Youtube. In the video-making class, future scientists and science educators are encouraged to explore new forms of public outreach. Not only do the students find video-making fun and inspiring, they also learn the lesson that they can and should combat anti-science propaganda through a better and more effective form of science communication -- for example, through video. 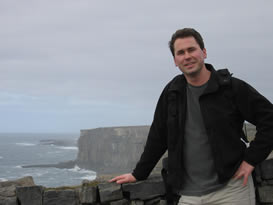 Dr. Shriver has an active research program that involves ascertaining study subjects from the resident population of State College, surrounding towns, and the world at large. The focus of this research is the genetics of normal variation in common traits. Periodically, the Anthropometrics Lab goes on international field trips, for example, to Brazil, to Mexico, and to various European countries. Please email anthrolab@psu.edu for information on ongoing research protocols.