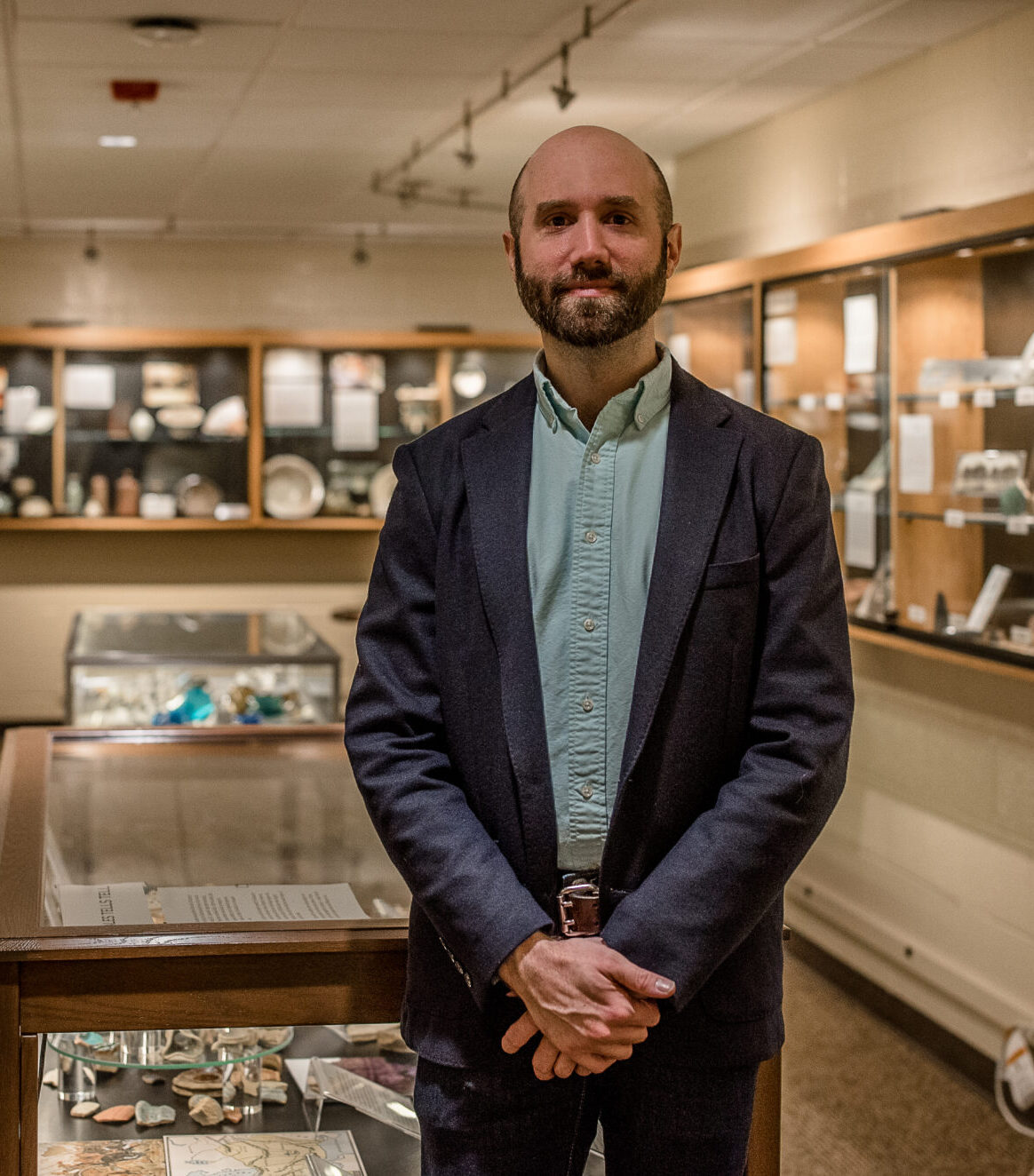 James Doyle is an archaeologist and museum professional whose curatorial practice activates objects for university teaching, scholarly research, and public education. He has organized exhibitions, conducted archaeological and conservation fieldwork, and published widely on the material and visual cultures of the ancient Americas. As Director of the Matson Museum of Anthropology, he is responsible for caring for and exhibiting the vast collections and preparing them for the move to the new Susan Welch Liberal Arts Building in the fall 2024.

Previously he served as the Assistant Curator for Arts of the Ancient Americas at The Metropolitan Museum of Art, New York, where he initiated the exhibition Lives of the Gods: Divinity in Maya Art. He also organized the critically acclaimed exhibition Arte del mar: Artistic Exchange in the Caribbean. Contributions to other exhibition projects at The Met include Golden Kingdoms: Luxury and Legacy in the Ancient Americas (The J. Paul Getty Museum and the Met, 2017-2018), Design for Eternity: Architectural Models from the Ancient Americas (The Met, 2015-2016), Native American Masterpieces from the Charles and Valerie Diker Collection (The Met, 2016-2017), and American Indian Art from the Fenimore Art Museum: The Thaw Collection (The Met, 2017). As the Post-Doctoral Associate in Pre-Columbian Studies at Dumbarton Oaks in Washington, DC, from 2013-2014, he also contributed to the 2022 catalogue of the Central American and Colombian collection at Dumbarton Oaks along with a companion scholarly volume.

Object-based studies have appeared in both traditional and online publications, such as a study of codex-style Maya ceramics (Metropolitan Museum Journal, 2016), as well as an investigation into the discovery of a fragment of a Maya carved wooden lintel in the Smithsonian collections (Mexicon, 2014). He has also researched the biographies of museum objects from their creation, trafficking, sale, and appearance in foreign collections, such as Stela 5 from the site of Piedras Negras (2019, in Market for Mesoamerica).

His archaeological work involves collaborations with archaeologists and local communities in northern Guatemala. The book Architecture and the Origins of Preclassic Maya Politics (Cambridge University Press, 2017) and several peer-reviewed articles explored the intersections of community and political authority in the emergence of monumental architecture in the Maya landscape. The field project from 2008-2012 at the site of El Palmar, Petén, Guatemala, was funded by the National Science Foundation and the Wenner-Gren Foundation.